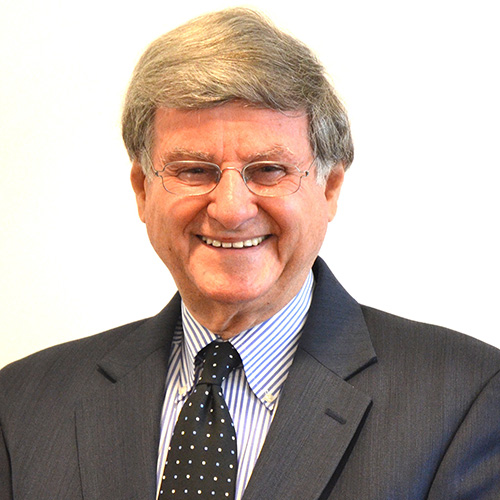 Lyne Laboratories was founded by Dr. Robert Crisafi in 1965 and acquired by Damon Corporation in 1969.  In 1979, Lyne was repurchased from Damon by its present management team and a group of investors, and Dr. Crisafi was appointed Chairman of the Board. Prior to starting Lyne, from 1956 to 1962, Dr. Crisafi was a Professor of Pharmaceutical Technology at the New England College of Pharmacy. Following the sale of Lyne Laboratories to Damon Corporation,  from 1970 through 1978, Dr. Crisafi served as a Vice President of Damon Corporation, managing Lyne Laboratories as a Division of Damon Corporation.  He also was  a member of the Business Development Group during Damon’s extremely aggressive merger and acquisition period.  Dr. Crisafi’s passion for reducing the medication error rate in hospitals resulted in Lyne Laboratories being the first pharmaceutical company to introduce and market liquid pharmaceutical products in unit-dose cups.  Dr. Crisafi was also the founder of the Regional Service Center, the pioneer business for outsourced unit-dose and bar code medication repackaging services for our nation’s hospitals.  That company was sold to Safecor Health in 2008.  Dr. Crisafi earned his BS in Pharmacy from Northeastern University’s College of Pharmacy and his Ph.D. in Industrial Pharmacy, from the University of Florida, where he was a Fellow of the American Foundation for Pharmaceutical Education. In addition to his involvement with Lyne Laboratories, Dr. Bob is the founder of several other health care companies, including Crisafi Pharmacy, Regional Service Center, Advanced Home Healthcare and Careway Wellness Center. He has served as President and CEO at each of these companies. He is currently serving as acting President & CEO of Careway Wellness Center, LLC. 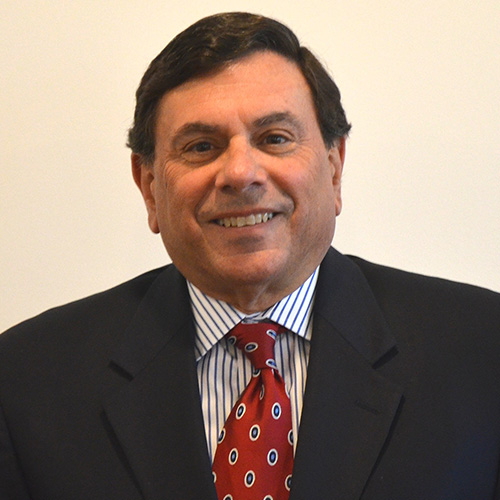 Stephen Tarallo brings more than 35 years of operational and executive management experience in the pharmaceutical industry to his role as President and CEO. He is a principal stockholder and board member of Lyne Laboratories. Under Stephen’s leadership, Lyne expanded its contract service capabilities to include new drug and generic drug products and has also broadened its technology to offer unit-dose packaging, innovative powder technologies and taste masking. Prior to joining Lyne, Mr. Tarallo was the plant manager of Cytosol Laboratories, Inc., a pharmaceutical manufacturing company specializing in sterile products for human blood processing.  Today, amid Stephen’s leadership, Lyne has assembled an experienced group of pharmaceutical executives and managers who are prepared and capable of leading the company into an era of aggressive growth. That growth will be achieved through a business model focused on the development and manufacturing of generic drugs as well as the formation of alliances with strategic marketing partners.  Mr. Tarallo holds a BS in Pharmacy from the Massachusetts College of Pharmacy. 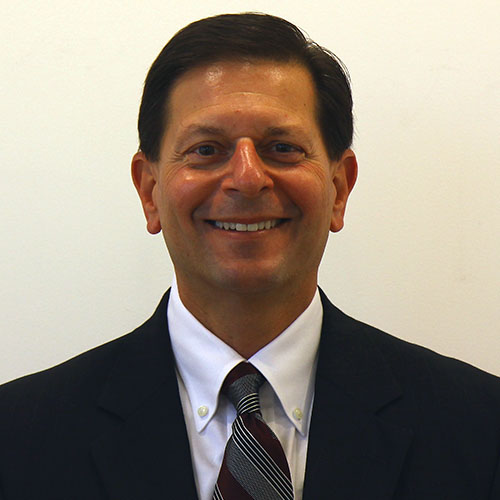 Robert Tarallo was appointed Vice President Regulatory Affairs and Quality Assurance in 2002. In 2016, as part of Lyne’s reorganization the Quality Control group was realigned under Rob’s leadership.  Since joining the company in 1979 as a principal, he has served in various management capacities.  Rob has been a leader in Lyne’s generic drug program.  He has completed the Regulatory Professional Society Certification and received Regulatory Affairs Certification in 2002.  Other management positions held by Robert include Production Manager for four years, Operations Manager for six years, Director of Operations for eight years and Director of New Product Development for two years. Prior to joining Lyne, Rob spent two years working in the quality control department for a Massachusetts based sterile products pharmaceutical manufacturer.  He earned a BS in Pharmacy from the Massachusetts College of Pharmacy. 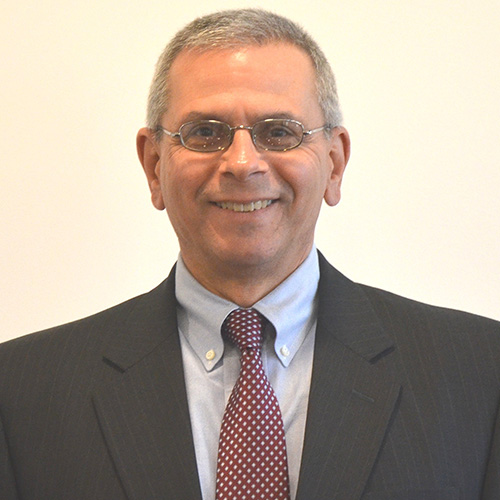 Philip Tarallo joined Lyne Laboratories as a principal in 1978 and is currently Vice President of Administration and Finance. During his tenure with Lyne, he served as president of Advanced Home Health Care, a former subsidiary of Lyne, for nearly 13 years. In 1998 when Advanced Home Health Care was sold to Home Life Medical Corporation, Philip returned to Lyne Laboratories to manage its Sales and Marketing program and oversee  field personnel.  More recently he has been assigned the added responsibilities of searching for and analyzing industrial properties for Lyne’s aggressive expansion into the generic drug market. In 2016, Phil assumed the role of Chief Financial Officer.  Prior to working at Lyne, Phil spent four years as a Sales Manager with Cryosan, Inc. He holds a BSBA from Suffolk University. 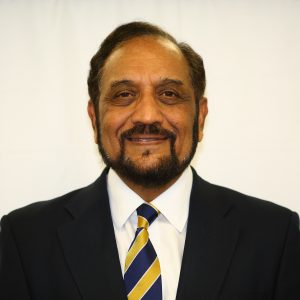 Tarun Patel joined Lyne in February 2016 as Vice President of Operations with responsibilities for overseeing packaging, compounding, engineering, warehouse/ logistics and plant maintenance.  He has extensive experience in pharmaceutical manufacturing covering a broad range of dosage forms and has worked for numerous pharmaceutical companies including Merck, Bristol Myers Squibb, Bayer as well as Shasun Chemicals and Drugs.  Tarun holds a BS in Pharmacy from Texas Southern University and Ph.D. in Pharmaceutics and Industrial Pharmacy from University of Iowa. He is also a Registered Pharmacist (R.Ph.). 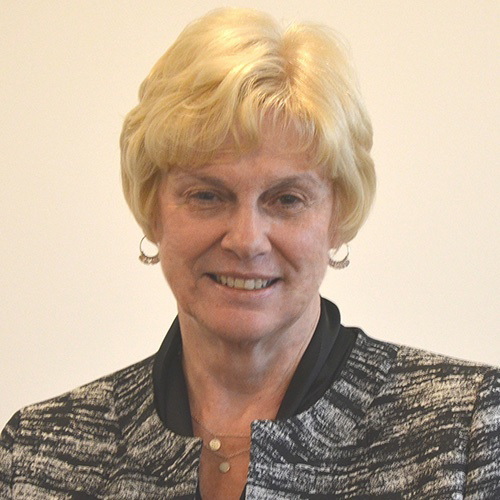 Linda Buckley was named Vice President Supply Chain Management in 2009. Linda’s employment at Lyne Laboratories spans more than 25 years. Having previously served as Manager of Administrative Operations and later as Vice President of Contract Services, she offers Lyne’s customers the advantage of a vast background in pharmaceutical manufacturing planning and business expertise. Prior to joining Lyne, Linda was employed as Sales and Marketing Coordinator at Cytosol Laboratories, Inc., a pharmaceutical manufacturing company specializing in sterile products for human blood processing. She earned a MSM from Lesley University and a BSBA from Eastern Nazarene College. 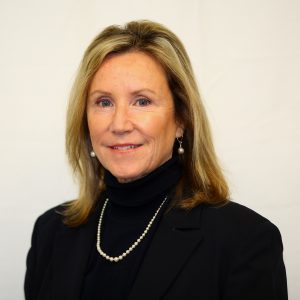 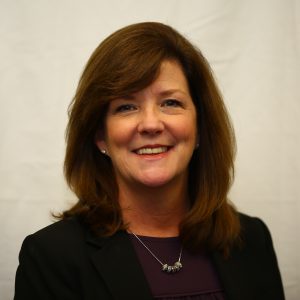 Marianne Barrett joined Lyne as General Counsel in 2014. She oversees all legal aspects of Lyne’s daily business operations. Marianne spent the early part of her career in private practice with a concentration in business/corporate law, real estate and estate planning and probate law.  Marianne earned a Bachelor of Science in Government and minor in Economics from Suffolk University and a JD from the New England School of Law. She is a member of the Massachusetts Bar and a Notary Public.